A celebrity I want to meet, Demi Lovato

Demi lovato is a great singer. I love demi lovato she is my remodel. Demi lovato doesn’t care what people say. She just does her own things. Demi lovato loves her fans.

When Demi lovato was little she was on Barney and Friends. When demi was in line for the audition she met Selena Gomez who also wanted to be on Barney and Friends. Then demi and Selena became best friends ever since. Demi lovato is from Texas and her other best friend is Cody linely who was off of Hannah Montana. When Demi went back to school she was being bullied for no reason. 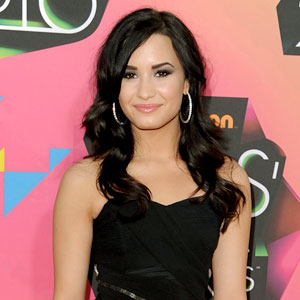 When she was 15 she did an album “Don’t Forget” in 2008. In 2009 when she was 16 years old she was on Camp Rock with the Jonas Brothers. She and the Jonas brothers became friends but nick Jonas was the closest to demi because they were the same age. Then she did a concert with the Disney channel kids and fans, too. Sh

e performs “Get Back” on one of her album “Don’t Forget”. Then this is me with the Jonas Brothers. In 2010 she was on camp rock 2 and “Witness Protection program” and “Sonny with a Chance”. She did another album “Quiet” which is amazing.

This is my story about Demi lovato. I hope you like it. When you write about a person or thing I want to hear it one day.

In my life I wish I achieve, Things I want do in my life

In everybody life they wish to achieve on their goal. Some people do their goal In the future or like a day, week, or month later. You could have a small goal or a big goal. A goal is something that you want to do or accomplishment. Like for me i want to accomplishment a big goal for me and my family or friends. I plan to keep my goals is my grades to get straight A’s or B’s. Another thing is I want to go to a good high school and college, get my act together in order to do all of this.

I have Learned, Mistakes

Making a mistake is not bad but it helps you learned better from your mistakes. When you do it like a one or two  of times you could learned correctly. When you do a mistakes don’t’ give up you have to try, try, and try so you could get the mistake right. For example like me I did a mistake when I was trying to do a cartwheel on top of a roof. My mistake I learned was that don’t’ do anything where you have to flip when on top of a roof. You may fall off the roof and hurt yourself. That was the mistake I had learned about.

Welcome to WordPress.com. After you read this, you should delete and write your own post, with a new title above. Or hit Add New on the left (of the admin dashboard) to start a fresh post.